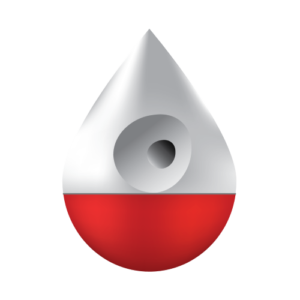 We are enthusiastic to share the results of the research conducted by Dr Tamminga from the University of Groningen. ISET Technology applied to DLA products. This research opens a new interesting way to look at the very rare cancer cells in the patient bloodstream.

PARIS, Sept. 24, 2020 /PRNewswire/ — Rarecells Diagnostics (France), a leading liquid biopsy company, is pleased to announce that the University Medical Center of Groningen, The Netherlands, has published research comparing the performance of the ISET® technology to the reference antibody-based system in Non-Small Cells Lung Cancer (NSCLC) demonstrating key advantages of the ISET® technology.

Antibody-based systems are known to underperform for isolating Circulating Tumor Cells (CTC) due to low or lack of markers expression in critical subsets of CTC.

The marker-independent ISET® technology has already been shown to detect CTC from NSCLC with unparalleled sensitivity and specificity, prior to imaging. However, CTC rarity in usual blood draw volumes can prevent extensive CTC analyses and culture.

Diagnostic leukapheresis (DLA) is a robust process that concentrates mononuclear cells, including CTC, from the whole blood volume of an individual. Antibody-based systems face significant challenges in isolating CTC from billions of white blood cells present in DLA volumes.

The work of Dr. Tamminga, published in the peer-reviewed journal Cancers, demonstrates that CTC can be efficiently isolated from large DLA volumes with the ISET® technology. These results solve the critical issue of CTC rarity and pave the way for their use in early diagnostics of cancer, prognostics, theranostics, and in vitro personalized drug efficacy tests, including through CTC culture.

“With the ISET® technology, we were able to effectively extract CTC in higher numbers and from larger DLA volumes, in all cases thus increasing sensitivity for further studies of CTC in NSCLC patients,” said Dr. Menno Tamminga.

Davide Brechot, Deputy Director and CTO of Rarecells Diagnostics commented: “Dr. Tamminga’s publication demonstrates the exceptional performance of the ISET® technology to harvest CTC from DLA products. It opens the way to new CTC-based approaches to treat and follow-up patients with NSCLC and with other types of cancers. These results add to the body of published evidence on ISET® technology’s excellence.”

ISET® has been validated by more than 85 independent scientific publications on over 3,400 cancer patients and more than 1,200 cancer-free individuals. It demonstrates unparalleled performance for the isolation and characterization of individual CTC and CTC clusters.

Any cookies that may not be particularly necessary for the website to function and is used specifically to collect user personal data via analytics, ads, other embedded contents are termed as non-necessary cookies. It is mandatory to procure user consent prior to running these cookies on your website.

SAVE & ACCEPT
Scroll to Top